Renaissance of the River 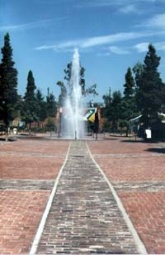 In the early '80s the Renaissance of the River began! A core of individuals from the private sector formed the organization, Augusta Tomorrow, which acted as a catalyst for the development of the Riverfront. A phased plan was developed to transform Augusta's Riverfront into a thriving business and tourist center with concentrated interests on a cultural corridor within the downtown area.


A partnership was formed between the City and Augusta Tomorrow, which funded the master plan designed by the consulting firm Citicorp USA, (New York based).

Breach of the Levee

In 1985 the plan began to be implemented with the first phase of construction on the Riverwalk and the actual breach of the levee to gain access along the shores of the Savannah. The breach actually required an act of Congress for Corps of Engineers to issue permits for the cuts.

Construction of phase one was completed in 1988 with brick walkways along the top of the levee and lower tree-lined walks along the banks of the river. Special consideration was given not to destroy existing trees growing on the levee proper. At present, the park has expanded three additional blocks along the river from 5th St. to 10th St.
Online RegistrationSign up online for recreation programs and activities.
Campsite BookingCreate your next outdoor adventure!
CareersExplore available career opportunities.
GIS OnlineAccess maps of Augusta online.
Calendar of EventsCheck out the City's online calendar.
Government Websites by CivicPlus®
[]