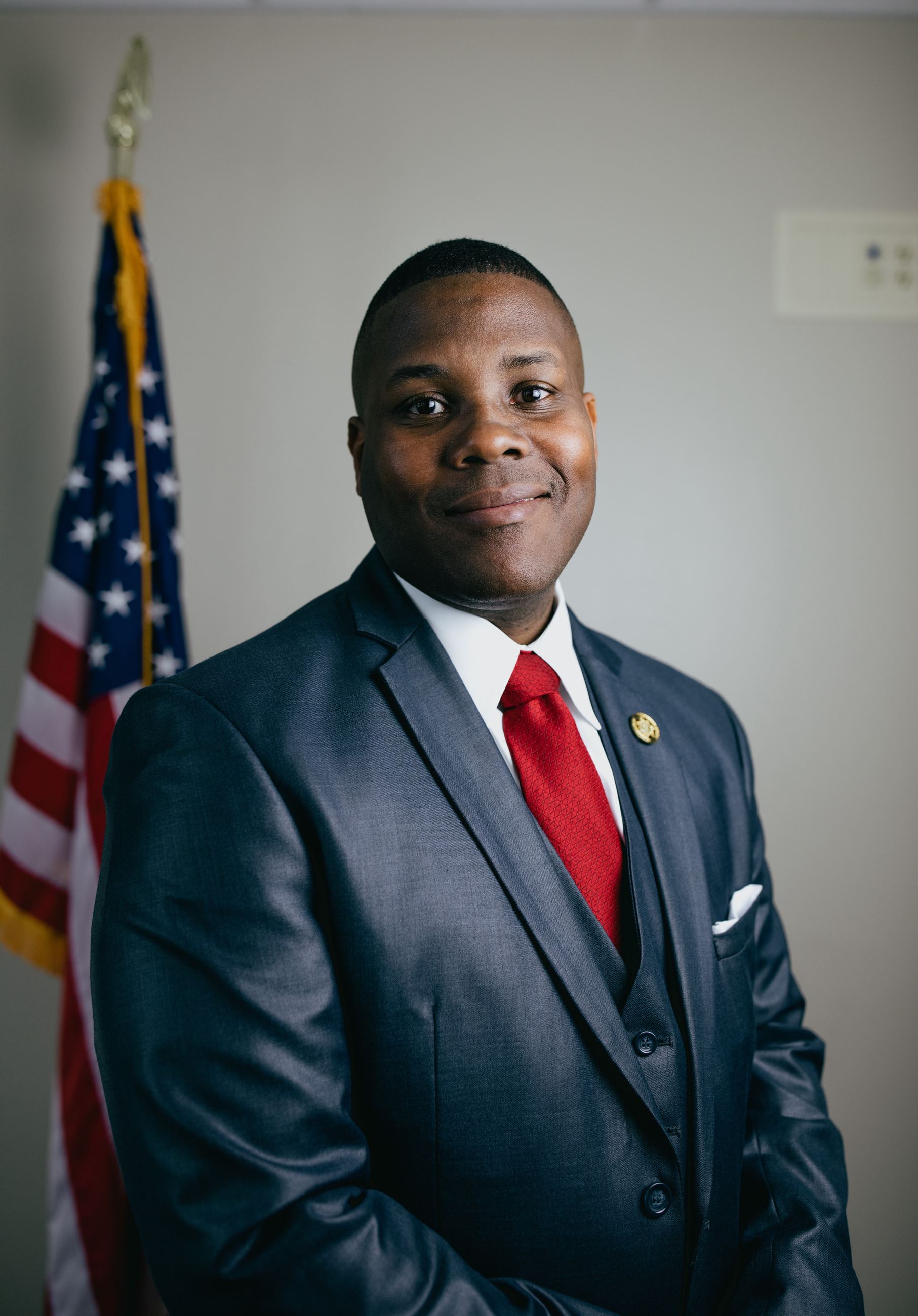 Marshal Lamkin has 20 years of experience in law enforcement.  Before being elected as Marshal of Richmond County in 2016, he began his law enforcement career at the Richmond County Sheriff’s Office where he served in the detention center, the Road Patrol and Traffic Division.  In 2002 Marshal Lamkin joined the Georgia State Patrol and became a state trooper serving across the state.  He was promoted to the rank of Corporal, and served as the Assistant Post Commander in Swainsboro and Washington Georgia.  He was also assigned to the Counter Terrorism Task Force for the State of Georgia.

In 2012 Marshal Lamkin rejoined the Richmond County Sheriff’s Office to become the Division Commander of the Traffic Safety Division as a Lieutenant. He was one of fourteen members of the Sheriff’s Office who lead the daily operations of the 755-man agency. In his division, he lead 140 personnel as they helped carry out the Sheriff’s goals and strategies.

As the Marshal of Richmond County, Marshal Lamkin is dedicated to keeping Augusta CLEAN and SAFE.  Marshal Lamkin’s office participates in the C.A.V.E. (Crimes Against the Vulnerable and Elderly) Task Force and has initiated programs locally such as Eddie Eagle.  Under his leadership, the Marshal’s Office began investigating and charging certain cases of illegal dumping as felonies in an effort to improve health and quality of life for Richmond County’s citizens and to aid in city beautification efforts.  His building security teams have intensified their own training, as well as providing active shooter training to government employees occupying government facilities, all in an effort to insure the safety and security of our facilities occupants and visitors.

Marshal Lamkin and his wife Charlette have been married for 16 years. They have three beautiful children Hailey, Amelio Jr. (A.J.), and Brooke and they attend New Exodus Missionary Baptist Church where Marshal Lamkin serves on the Trustee Board. Marshal Lamkin also serves on the board of the Boys & Girls Clubs of the CSRA and the Augusta Partnership for Children and is a member of the Omega Psi Phi Fraternity. 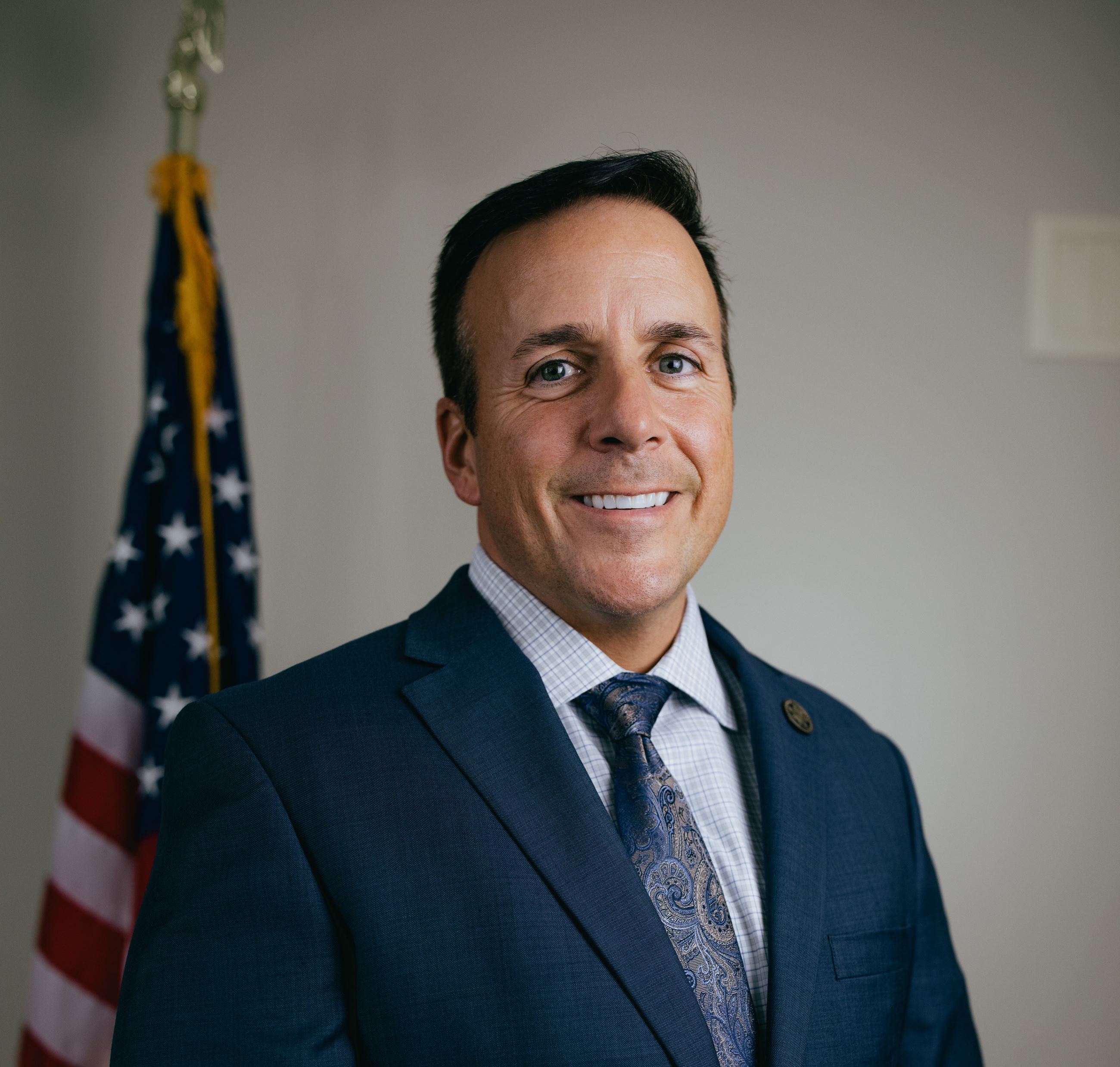 Chief Deputy Scott Peebles has 27 years of law enforcement experience in Richmond County.  He joined the Richmond County Sheriff’s Office in 1991 where he served in assignments on the Road Patrol, Crime Suppression Team, DUI Task Force, SWAT Team, Crisis Negotiation Team and Criminal Investigations Division.  Chief Peebles has served as Division Commander of both Criminal Investigations and Road Patrol at the rank of Major.

He holds a Bachelor’s Degree in Criminal Justice from Columbus State University, and is a graduate of the FBI National Academy and the Georgia Law Enforcement Command College.

Chief Peebles joined the Marshal’s Office in January of 2017. 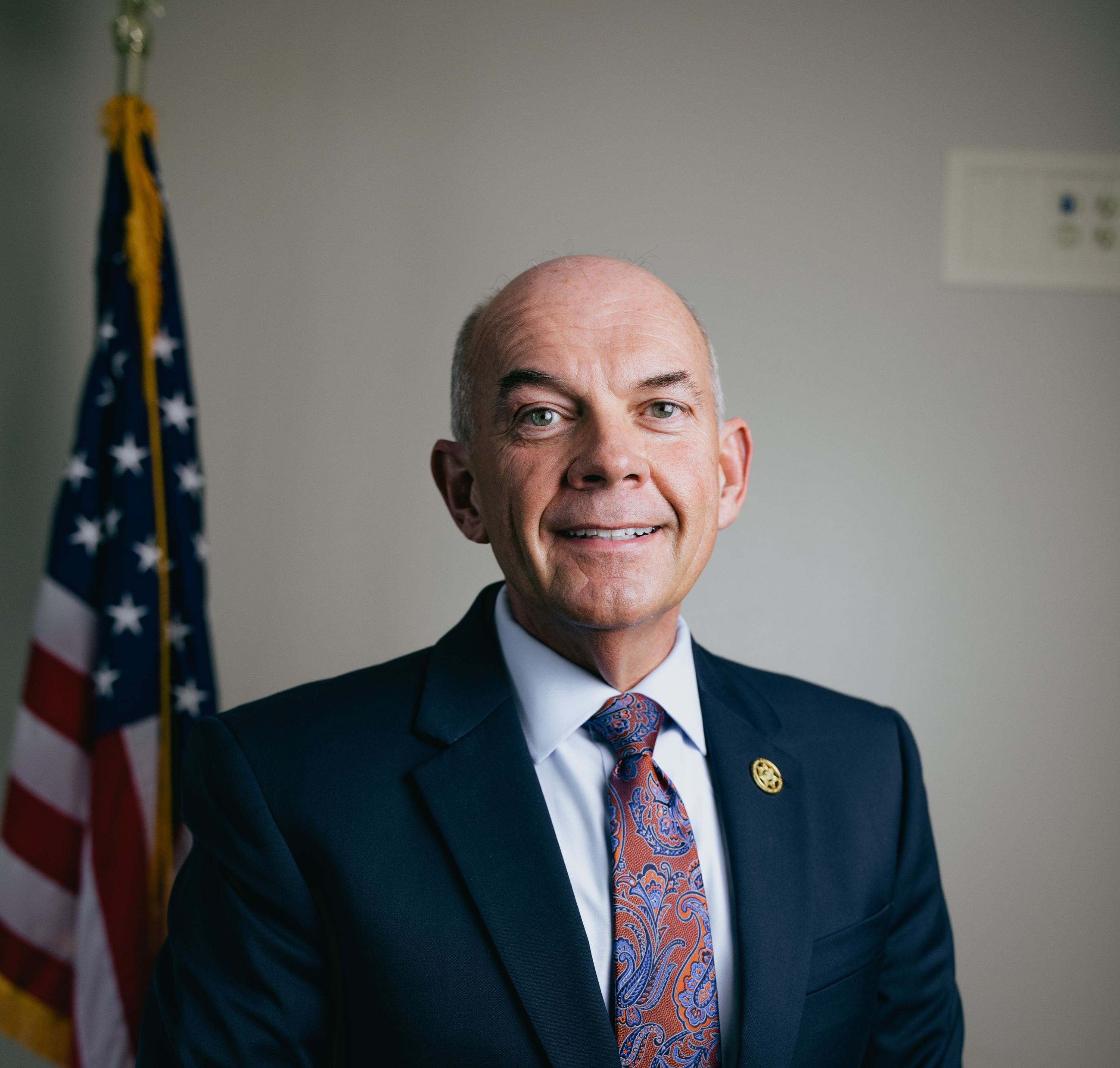 He has earned both Associates and Bachelor’s degrees in Criminal Justice and his Executive MBA.  He is a Georgia State Senior Instructor and holds instructor specialties in Firearms, Defensive Tactics, SWAT, Emergency Medical Services and Hazardous Materials. He also earned his Certified Employment Law Specialist Certification in 2000.  During his law enforcement career, he has served as Commander of the Patrol Division, Special Operations Division and Office of Professional Standards and Training for two different Sheriffs Offices.  He also served as the Tactical Operations Commander for the SWAT Team and was the Commander for the VIP/Dignitary Protection Team. 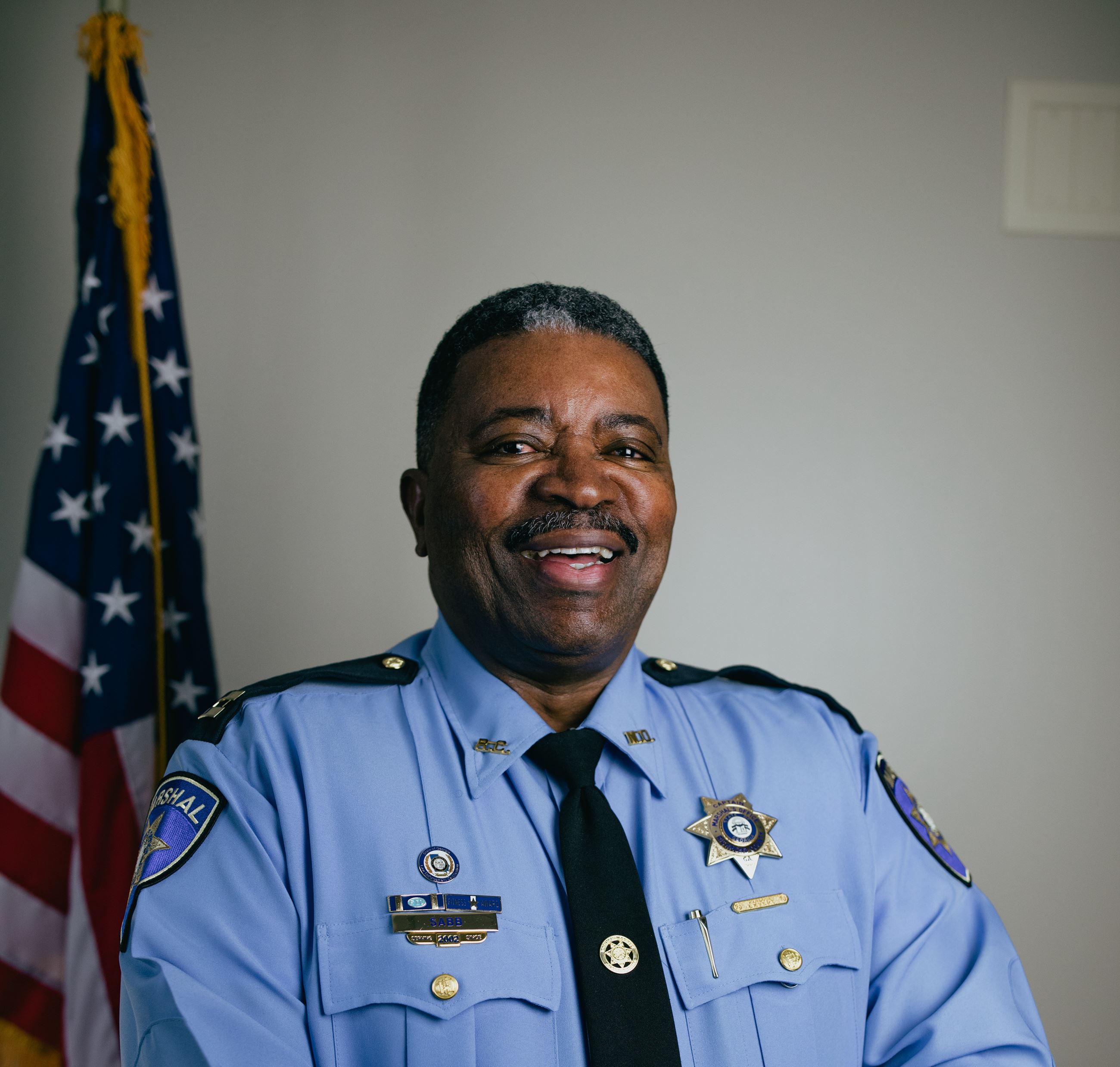 Captain James Sabb, a native of Augusta, Georgia, is a 16 year veteran with the Richmond County Marshal’s Office. Before his employment with the Marshal’s Office, Captain Sabb served 12 years in the United States Marine Corp obtaining the rank of E-6. While on active duty Captain Sabb served as a Drill Instructor at Parris Island SC.  He also participated in the Gulf War Operation Desert Storm.

Captain Sabb started his law enforcement career as a part-time security officer in the Building Security Division. Captain Sabb has worked in all divisions within the Marshal’s Office and served 2 years as a Lieutenant in the Airport Division.  He is now Captain of the Administrative Services Division. Captain Sabb has completed Training with the Georgia Public Safety Center in the courses of Fostering Positive Community Relations, Supervision Level 1-3, and as a Field Training Officer. He also completed the 12 month  First Line Manager Certification Program through Aiken Technical College. 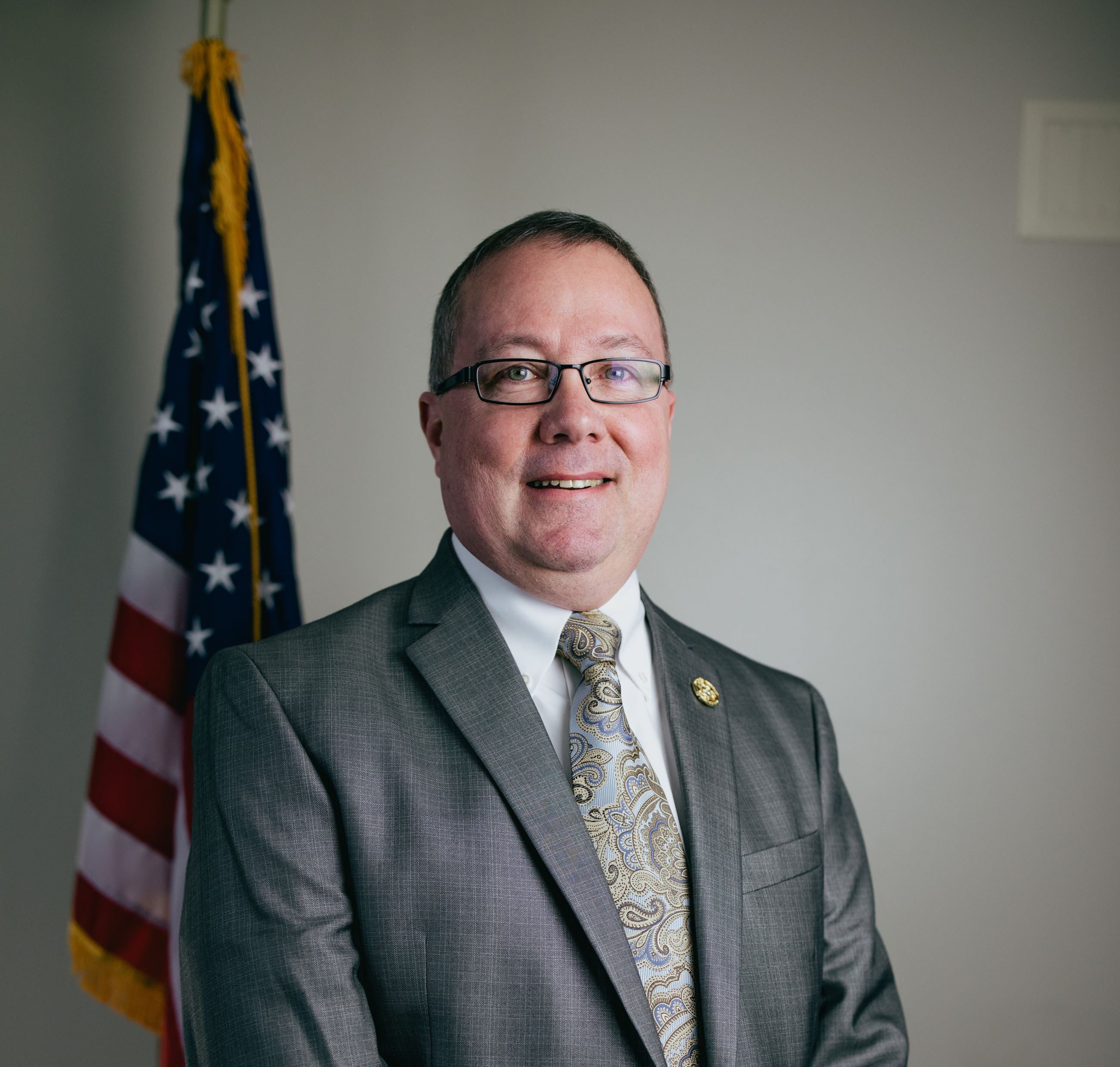 Captain Jeff Barrett began his law enforcement career in 1988 at Augusta University. He holds a Bachelor of Business Administration from Augusta University and currently maintains technical and enterprise level certifications for certain security systems. He is working on earning his Certified Protection Professional designation with ASIS.

Captain Barrett was the Vice President of Operations for a local insurance agency, where he managed the general operations of the agency to include implementation of management system software, managing personnel, customer service, accounting and claims. 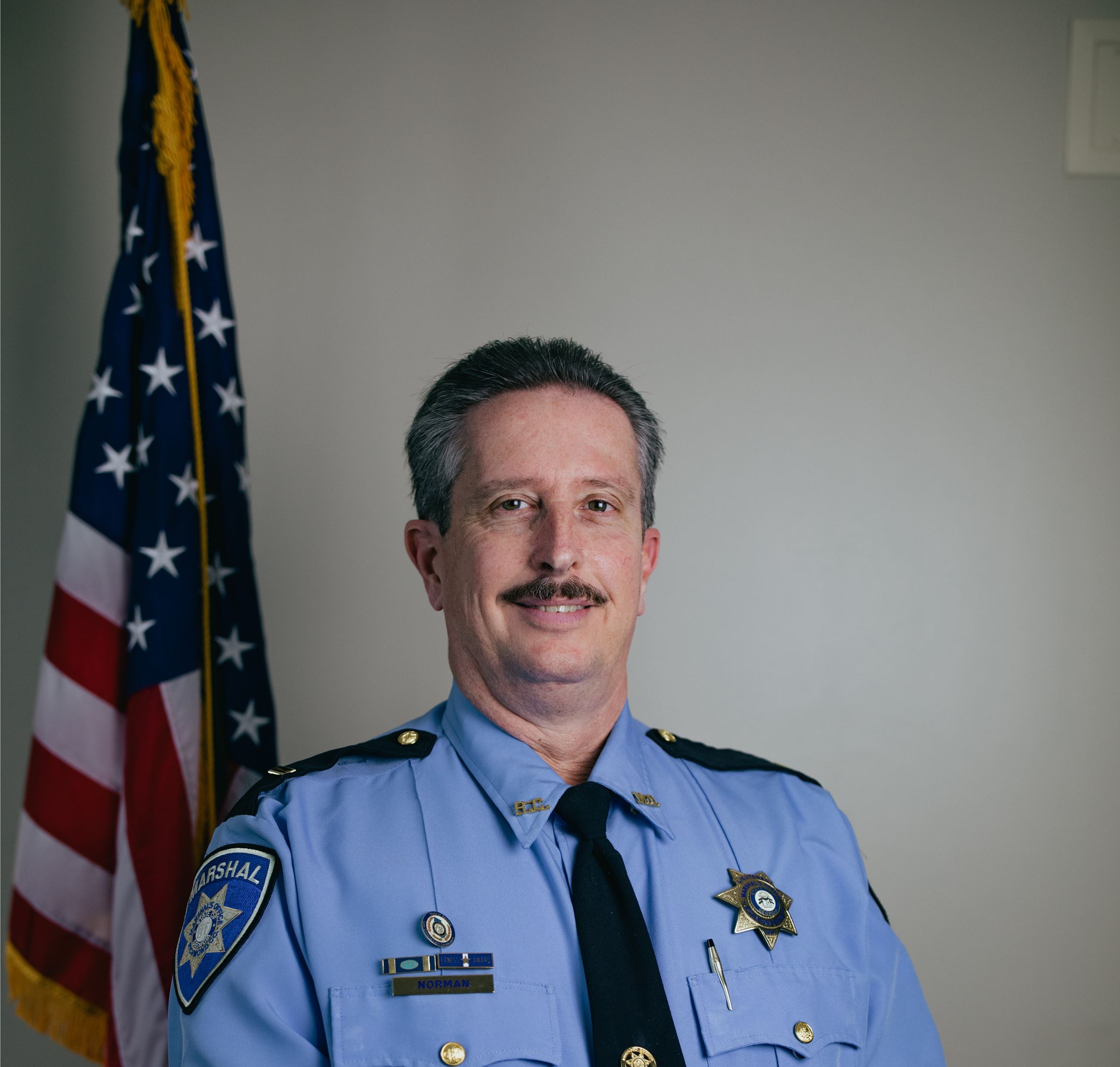 Lieutenant Terry Norman began his law enforcement career with the Richmond County Sheriff’s Office in 1997. He transferred to the Marshal’s Office as a Deputy Marshal in 2007. Lt Norman currently serves as the Operations Division Commander and is responsible for management and oversight of the division, which ensures proper handling of court processes and the enforcement of county ordinances such as illegal dumping. He also serves as the agency’s quartermaster. Lieutenant Norman serves on task forces such as the C.A.V.E. unit (Crimes Against the Vulnerable and Elderly).  In addition to being an instructor for the agency, Lieutenant Norman is a graduate of Georgia Military College where he received an Associate’s Degree in Criminal Justice. Lieutenant Norman has also earned a Bachelor’s Degree in Human Resource Management from Brenau University. 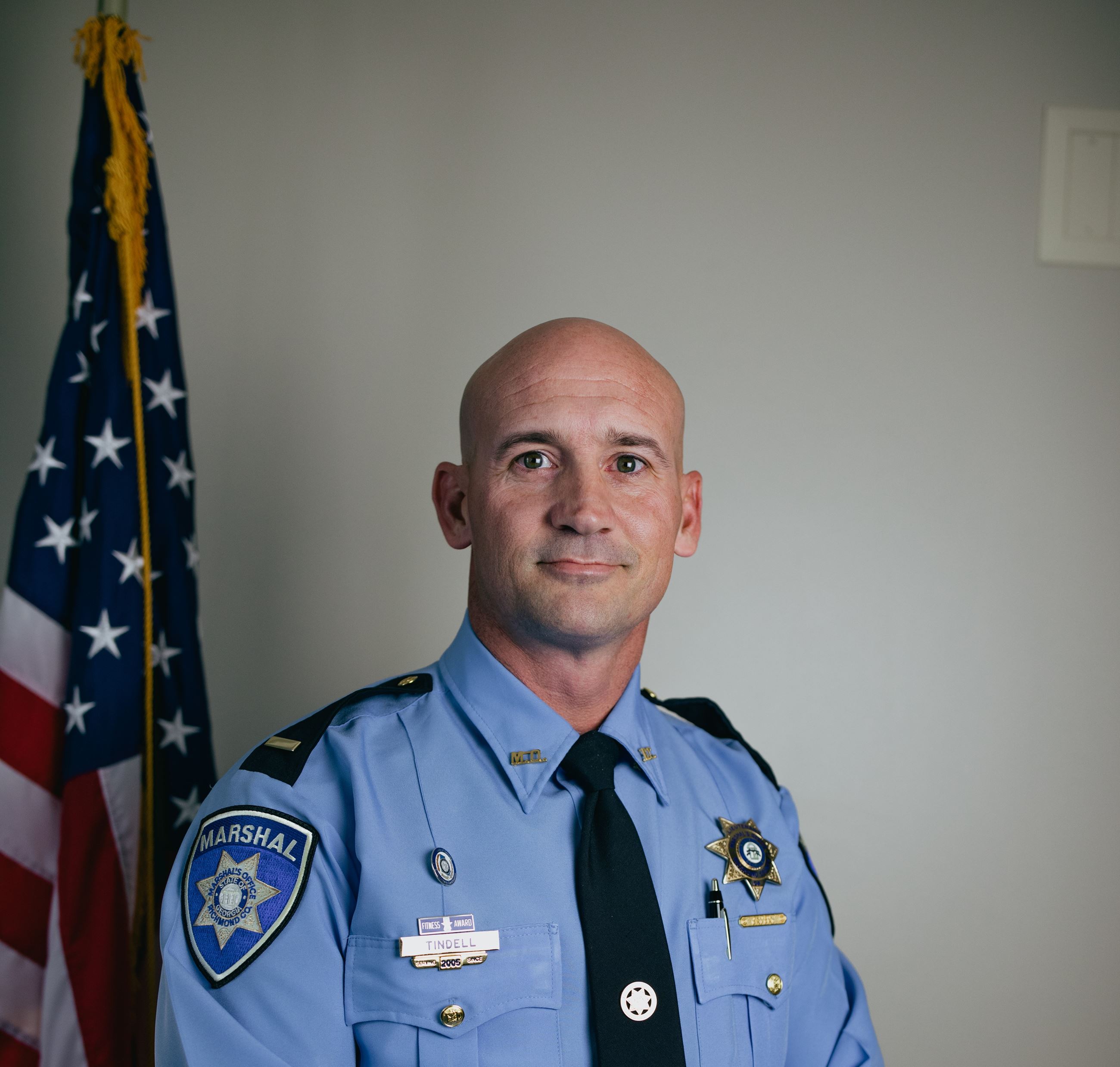 Lieutenant Matt Tindell, a native of Augusta, Georgia, has been serving Augusta-Richmond County for 11 years. He started his career in Law Enforcement with the Department of Corrections in Florida, where he was a correctional officer for 2 years and also served on their Rapid Response Team. In June of 2007 Lieutenant Tindell transferred to the Richmond County Sheriff’s Office where he served at the rank of Sergeant. He was the head of the jail security program and administered the jail officer training program.  Also while with the Sheriff’s Office, Lieutenant Tindell severed on the VIP/Dignitary protection team.  In January 2017 he joined the Richmond County Marshal’s Office. He currently serves as the Division Commander of the Augusta Regional Airport.  Lieutenant Tindell is a Georgia POST Certified Instructor.  He holds a certification as an Airport Security Coordinator and serves as an intricate part of the Airport Security Program.  He has attended several specialized training courses, to include the Physical Security Training Program taught by the Federal Law Enforcement Training Center.  Lieutenant Tindell values this office’s initiative to keep all passengers, visitors, and employee’s safe while traveling in and out of the Augusta Regional Airport.

Lieutenant Steven Douglas is an Army Veteran who served as a Combat Medic for 9 years.  Lieutenant Douglas started his law enforcement career in 2000 with Augusta University (Medical College of Georgia) Police. In 2003 he went on to serve with the Richmond County Sheriff’s Office where he served assignments on the Bike Patrol, Special Operations on the Housing Squad, as a Violent Crimes Investigator, and a Road Patrol Supervisor.  Lieutenant Douglas also served as one of the Senior Hazardous Devices Technicians on the Bomb Squad.  Lieutenant Douglas joined the Marshal’s Office in 2011 and currently oversees the Building Security Division. 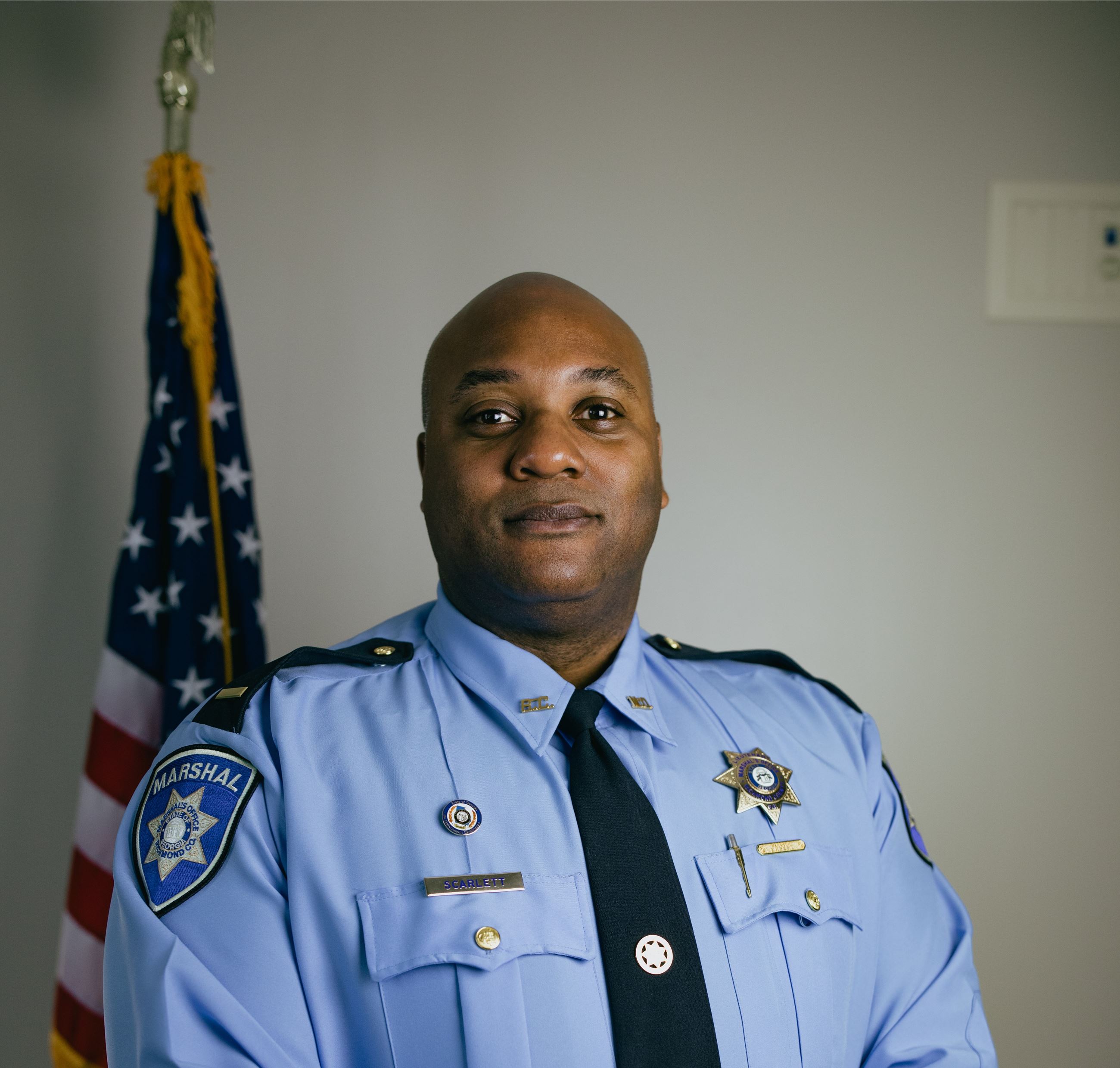