This tree is unique with its star shaped leaves and brown gum-ball-shaped fruits. Its fall colors are yellow, red or purple. The wood is heavy, strong and even grained; used for flooring, veneer and cabinets.

Liquidambar styraciflua, commonly called the American sweetgum, sweet-gum, alligator-wood, American-storax, bilsted, red-gum, satin-walnut, or star-leaved gum, is a deciduous tree native to warm temperate areas of eastern North America. Sweetgum is one of the most common hardwoods in the eastern United States. A popular ornamental tree in temperate climates, it is valued for its intense autumn colors, and in its natural habitats, as a timber tree. It is a medium-sized to large tree, growing to 65–115 ft, rarely to 135 ft tall, with a trunk up to 6 ft in diameter and may live to 400 years. It is recognizable by the combination of its five-pointed star-shaped leaves and its hard, spiked fruits.

Flowers appear March to May, when leaves are half grown.

The distinctive, hard, dry fruit is 1 – 1 ½ inches diameter and hangs on the branches during the winter. The woody capsules are mostly filled with abortive seeds resembling sawdust. Fallen, opened fruits are often abundant beneath the trees; these have been popularly nicknamed "burr balls" or "gum balls". The long-persisting fallen spiked fruits can be unpleasant to walk on; sweet gum is banned in some places for this reason.

The bark is light brown tinged with red, deeply fissured, ridges scaly. Another distinctive feature of the tree is the peculiar appearance of its small branches and twigs. The bark attaches itself to these in plates edgewise instead of laterally, and a piece of the leafless branch with the aid of a little imagination readily takes on a reptilian form; indeed, the tree is sometimes called Alligator-wood.

Sweetgum is one of the most important commercial hardwoods in the Southeastern United States. Its wood is bright reddish brown (with the sapwood nearly white), heavy, straight, satiny, and close-grained, but not strong. When cut into planks, it is marked transversely with blackish belts. It takes a beautiful polish, but warps badly in drying. It is used principally for lumber, veneer, plywood, slack cooperage, railroad ties, fuel, and pulpwood. Being readily dyed black, it is sometimes substituted for ebony for such uses as inexpensive picture frames. 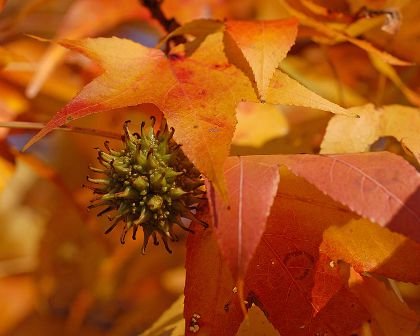 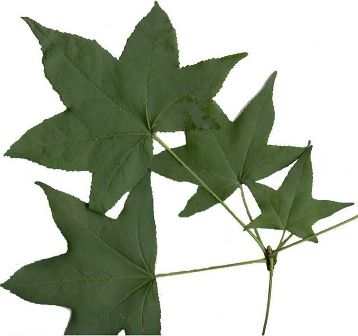 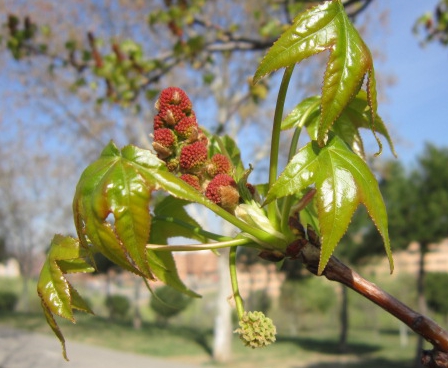 The tree's gum resin is a kind of native balsam. It may be clear, reddish, or yellow, with a pleasant smell like ambergris. The Aztecs believed it to have medicinal properties; mixed with tobacco, the gum was once used for smoking at the court of the Mexican emperors. Styrax is still used as an ingredient for the perfume and tobacco industry. 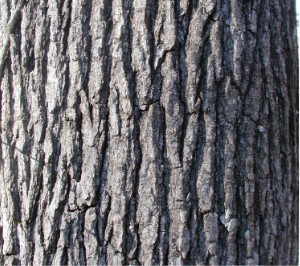 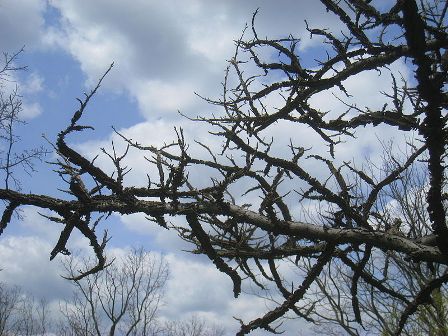 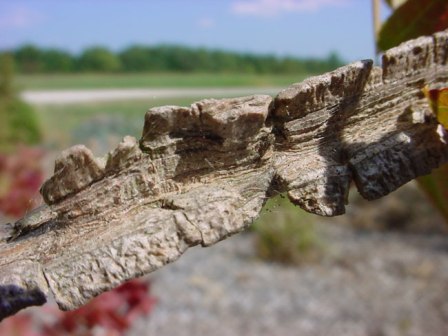