Vaccinium arboreum (Sparkleberry or Farkleberry) is native to the southeastern United States, from Virginia to southern Illinois, south to East Texas and south-central Florida..It is a picturesque small bushy tree, characterized by a short, leaning, crooked trunk, contorted branches, and a dense, round crown. It grows to around 8-10 ft tall, although it can reach up to 30 ft tall with a similar spread.

Sparkleberry grows on sand dunes, hammocks, dry hillsides, meadows, and in rocky woods. It also grows on a variety of moist sites such as wet bottomlands and along creek banks. It is North America's largest blueberry
The leaves are leathery, tardily deciduous, oval to nearly circular and 1-3 inches long, about 1 inch wide with a smooth or very finely toothed margin. They are dark green and shiny above, and paler with netlike veins beneath. In fall, it is among our most attractive trees, as the leaves shift to pink to bright crimson to purple.

The trunk is covered with greyish-brown outer bark but has a mottled appearance as thin strips peel off to reveal the smooth reddish brown inner bark. The twigs are slender, brown to reddish-brown, and sometimes angled.

Sparkleberry blooms in the spring (April – May) with profuse drooping clusters of small, white, bell-shaped flowers, 5-lobed and about 1/3 in long. The flowers attract butterflies and other pollinators. Once pollinated, the flowers produce 1/4 inch berries, which turn from green to a shiny blue/black with many tiny, kidney-shaped seeds. These berries mature in late summer or early fall, are edible and resemble a blueberry in taste.

Sparkleberries are relished by all kinds of birds and wildlife. They are a favorite food of the eastern bluebird, as well as other songbirds such as catbirds, blue jay, tufted titmouse, and the great crested flycatcher. Bobwhite, turkey, and mammal species such as fox, racoon, opossum, deer, hog, and bear also include sparkleberries in their diet. They can be eaten by people too, but they are bitter. Most references say they are inedible.

A compound extracted from the root bark has sometimes been used by Indians in the treatment of diarrhea. The bark from the trunk is suitable for tanning leather. The wood has been used for tobacco pipes, woodenware, and novelties. 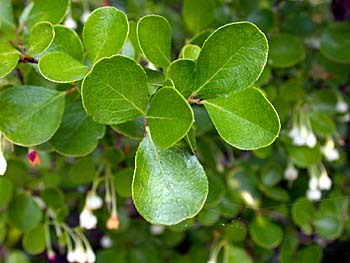 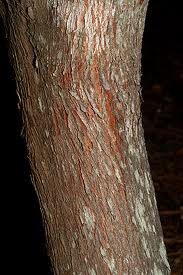 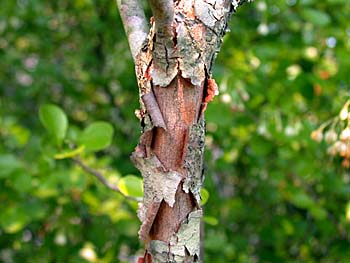 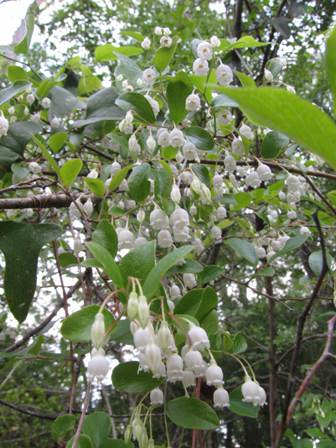 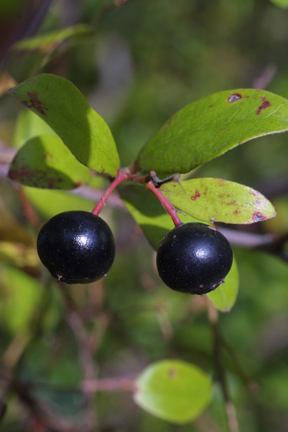