The wood of this tree is heavy, hard and tough and is used for tool handles, etc. It is a good fuel, burning well and producing good heat. The trunk is pale to dark gray, smooth to furrowed, and sometimes shaggy. The leaf has 7-9 leaflets with hairy, silver gray scales beneath.

Carya pallid or Sand hickory is a medium sized tree with a straight trunk, dense crown, and lower hanging branches, reaching up to 80 feet tall. It is primarily distributed from Virginia west to Tennessee, south into Louisiana and east into northwestern Florida. The species is found on dry, upland sandy sites, often with pine.
The deciduous leaves have 5 to 9 serrated, pointed-oval to lance-shaped leaflets and are 7 to 14 inches long. Sand hickory is easily identified by the dense tufts of scruffy, fuzzy hairs on the rachis (main stem or stalk) and midribs and silvery-blue to silvery-yellow scales on the underside.

Twigs are moderately stout, but slender when compared to other hickories, reddish brown to dark brown with persistent reddish brown bud scales.

The bark of young trees is gray and smooth but later becomes dark gray, with rough, scaly ridges and furrows which form a rough diamond shaped pattern.

Hickory flowers appear in spring. The male flowers are yellow-green slender hanging catkins 2 to 4 inches long; female flowers are short and in small clusters at branch tips. They are wind-pollinated.

The fruit is a nearly round nut, 3/4 to 1 1/2 inch across, enclosed in a four-valved husk, which splits open at maturity. The nut shell is thick and bony.

Hickory wood is very hard, stiff, dense and shock resistant. There are woods that are stronger than hickory and woods that are harder, but the combination of strength, toughness, hardness, and stiffness found in hickory wood is not found in any other commercial wood. It is used for tool handles, bows, wheel spokes, carts, drumsticks, lacrosse stick handles, golf club shafts, the bottom of skis, and walking sticks. Baseball bats were formerly made of hickory, but are now more commonly made of ash. Hickory was extensively used for the construction of early aircraft.

Hickory is also highly prized for wood-burning stoves, because of its high energy content. Hickory wood is also preferred for smoking cured meats. In the Southern United States, hickory is popular for cooking barbecue, as hickory grows abundantly in the region, and adds flavor to the meat. Hickory is sometimes used for wood flooring due to its durability and character. 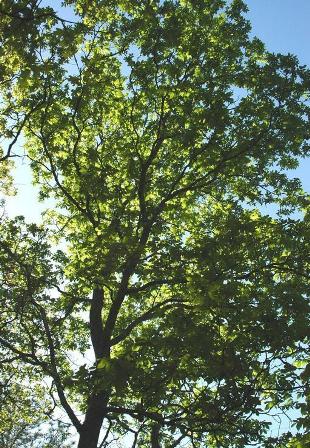 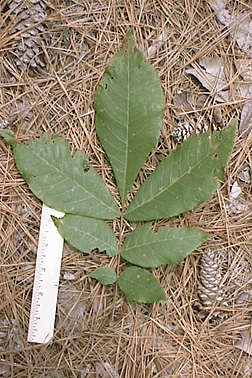 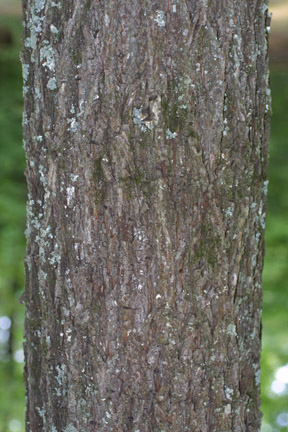 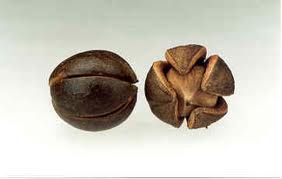 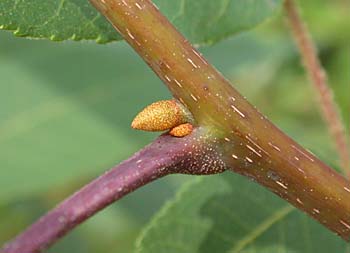 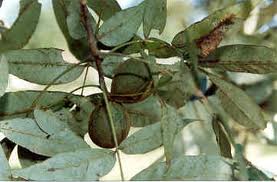