Grows to 50-60 feet in height, in the moist soils of hardwood forests. Its fruit is edible, sweet and juicy, enjoyed by gray squirrels, wild turkey and many songbirds. This is a handsome, moderately large shade tree with dark, leathery foliage.

Morus rubra, commonly known as the Red Mulberry, is a species of mulberry native to eastern North America. It is a deciduous tree, growing to 32-50 feet, rarely 65 feet tall, with a trunk up to 20 inches diameter.
The leaves are 3-5 ½ inches long and 2-4 ¾ inches broad. The upper surface of the leaves is noticeably rough, similar in texture to fine sandpaper; the underside is covered with soft hairs. The leaf petiole exudes milky sap when severed.

The flowers are relatively inconspicuous: small, yellowish green or reddish green, and open as the as leaves emerge. Male and female flowers are usually on separate trees although they may occur on the same tree.
The fruit is a compound cluster of several small drupes, similar in appearance to a blackberry, ¾ -1 ¼ inches long, red ripening dark purple, edible and very sweet with a good flavor.

The first English colonists to explore eastern Virginia in 1607 mentioned the abundance of both mulberry trees and their fruit, which was eaten, sometimes boiled, by the native Powhatan tribes. It remains a widely used fruit in pies, tarts, cobblers, as well as eaten raw in a similar fashion as blackberries. 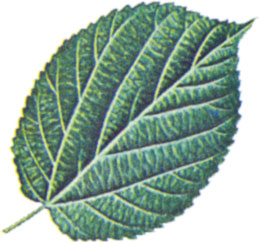 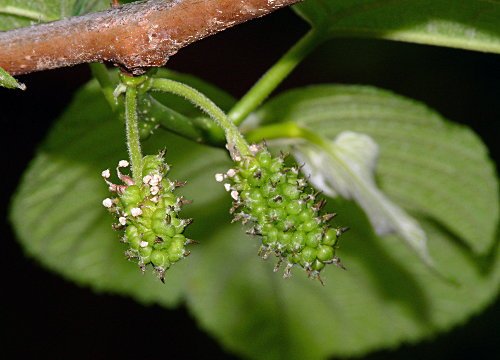 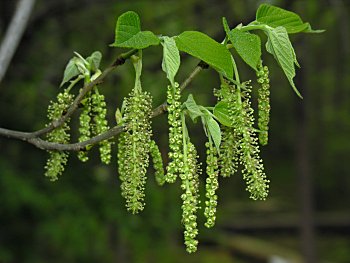 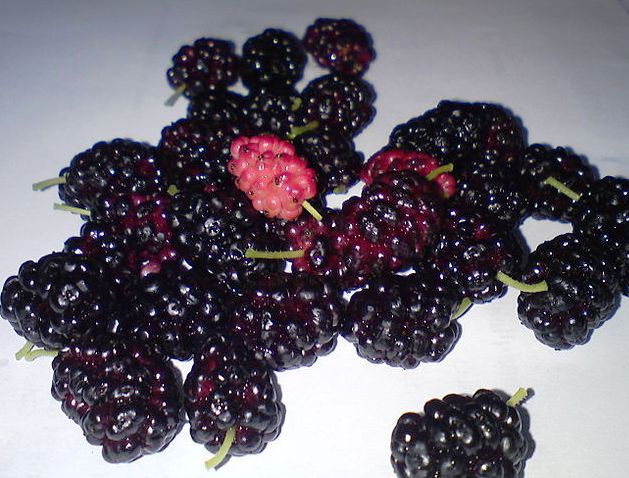