This tree has grown to 100 feet in height in good locations and provides nutmeat which is sweet. The wood is prized for its many uses such as tool handles, fuel and fence posts.

Carya tomentosa, (Mockernut hickory, mockernut, white hickory, whiteheart hickory, hognut, bullnut) is a tree in the Walnut family. It is a medium-sized tree, growing up to 80 feet tall with a trunk up to two feet wide. It is the most abundant of the hickories, and is common in the eastern half of the US, growing from Massachusetts and New York west to southern Ontario, southern Michigan, and northern Illinois; then to southeastern Iowa, Missouri, and eastern Kansas, south to eastern Texas and east to northern Florida.

Although the Mockernut hickory grows very slowly, it is long lived, sometimes reaching the age of 500 years. The scientific name comes from the Latin word tomentum, meaning "covered with dense short hairs," referring to the underside of the leaves which help identify the species. Also called the White Hickory due to the light color of the wood, the tree's common name of "Mockernut" comes from the large, thick-shelled fruit with very small kernels of meat inside.

The bark of Mockernuts is gray with furrows (deep wrinkles).

Mockernut Hickory leaves are innately compound, which means there are many little leaflets (either seven or nine) surrounding a single stem. The whole leaf grows up to 20 inches long, with each leaflet growing up to eight inches long. The leaves are shiny yellowish-green on top and pale green below. The undersides of the leaves are very hairy. In the fall, leaves turn bright yellow.

Nuts are 1 1/2 to 2 inches long, round or pear-shaped and occur solitary or in pairs. They are green at first, turning brown as they ripen in September and October. When the nut matures the sides split apart so that there are four pieces of thick husk surrounding the seed. The nut is reddish-brown with a very hard shell containing a small edible kernel.

The seed is dispersed from September through December. Mockernut hickory requires a minimum of 25 years to reach commercial seed-bearing age. Optimum seed production occurs from 40 to 125 years, and the maximum age listed for commercial seed production is 200 years. Good seed crops occur every 2 to 3 years with light seed crops in intervening years. Approximately 50 to 75 percent of fresh seed will germinate.

Seed is disseminated mainly by gravity and wildlife, particularly squirrels. Birds also help disperse seed. Wildlife such as squirrels and chipmunks often bury the seed at some distance from the seed-bearing tree.

Mockernuts are preferred for wildlife, particularly squirrels, which eat green nuts. Black bears, foxes, rabbits, beavers, and white-footed mice feed on the nuts, and sometimes the bark. The white-tailed deer browse on foliage and twigs and also feed on nuts. Hickory nuts are a minor source of food for ducks, quail, and turkey.

Though mockernut kernels are edible, because of their size they are rarely eaten by humans.

True hickories provide a very large portion of the high-grade hickory used by industry. Mockernut is used for lumber, pulpwood, charcoal, and other fuel wood products. The wood makes an excellent fuel wood, as well. Mockernut has the second highest heating value among the species of hickories. 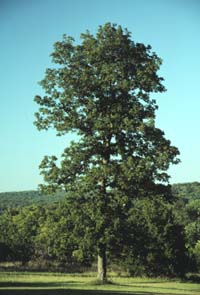 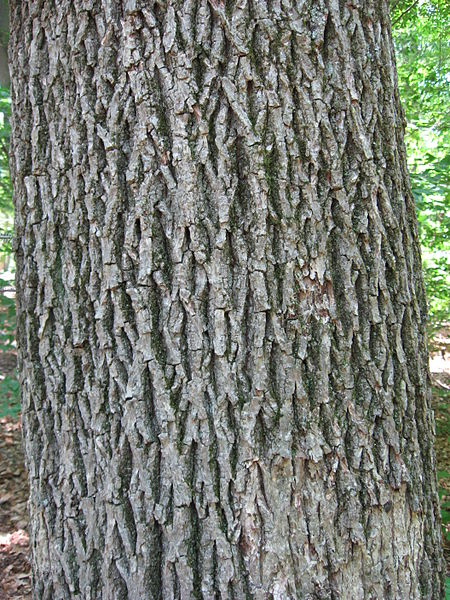 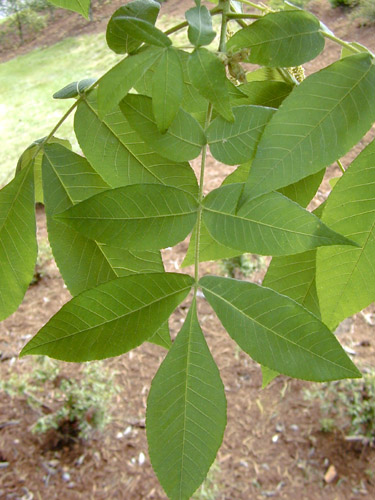 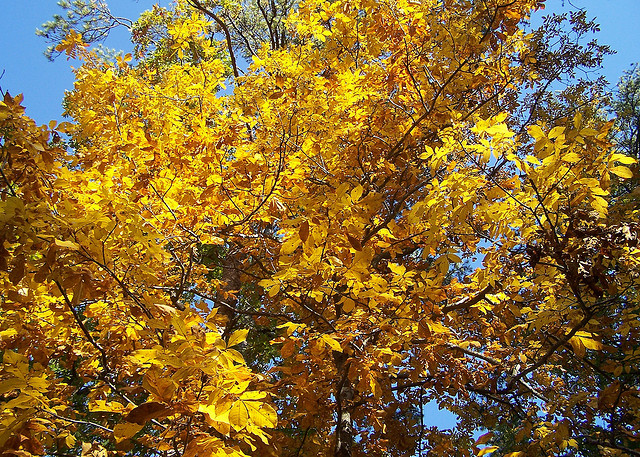 A straight-growing hickory, a high percentage of its wood is used for products where strength, hardness, and flexibility are needed. Mockernut hickory is used for tool handles requiring high shock resistance. It is used for ladder rungs, athletic goods, agricultural implements, dowels, gymnasium apparatus, poles, shafts, well pumps, and furniture. It can be used for veneer, but the low supply of logs of veneer quality is a limiting factor. Lower grade lumber is used for pallets, blocking, and so on. Hickory sawdust, chips, and some solid wood are often used by packing companies to smoke meats, and mockernut is the preferred wood for smoking hams. 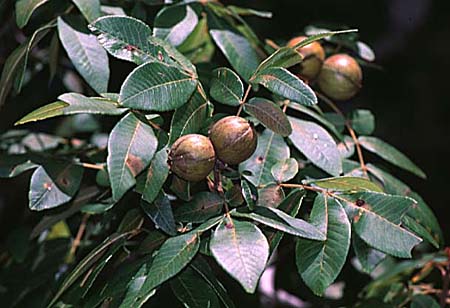 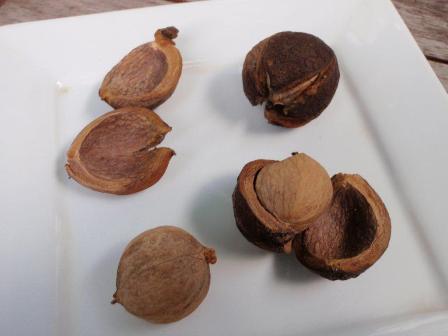