This tree is one of the fastest growing southern pines. One of the meanings of “loblolly” is mud puddle, where these pines often grow.

Pinus taeda (Loblolly Pine), also called Arkansas pine or North Carolina pine, is a large evergreen tree and the largest of the southern pines. It reaches heights of 90' to 110' with a diameter of 1 to 5' with exceptional specimens reaching160'. The tallest Loblolly Pine currently known stands at 169' in Congaree National Park. Loblolly Pine has a long, clear trunk, ascending limbs, and a rounded, spreading crown. It is one of several pines native to the Southeastern United States, from central Texas east to Florida, and north to Delaware and Southern New Jersey. Over 50% of the standing pine in the southeast is loblolly.

The word loblolly means "low, wet place", but these trees are not limited to that specific habitat. Loblolly Pines grow well in acidic clay soil, which is common throughout the South, and are thus often found in large stands in rural places. Other old names, now rarely used, include oldfield pine, due to its status as an early colonizer of abandoned fields; bull pine, due to its size (several other yellow pines are also often so named, especially large isolated specimens); and rosemary pine, due to loblolly's distinctive fragrance compared to the other southern pines.

For the scientific name, Pinus is the Latin name for pines and taeda refers to the resinous wood.
With the advent of wildfire suppression, Loblolly Pine has come to prevalence in some parts of the Deep South that were once populated with greater numbers of Longleaf Pine. The rate of growth is rapid, even among the generally fast-growing southern pines.

The famous "Eisenhower Tree" on the 17th hole of Augusta National Golf Club is a Loblolly Pine. U.S. President Dwight D. Eisenhower, an Augusta National member, hit the tree so many times that, at a 1956 club meeting, he proposed that it be cut down. Not wanting to offend the President, the club's chairman, Clifford Roberts, immediately adjourned the meeting rather than reject the request outright.

Its needles are in bundles of three, sometimes twisted, and measure 4” to 9” long, an intermediate length for southern pines. They have a slight bluish-green tinge, are stiff, and sometimes slightly twisted. The needles usually last up to two years before they fall, which gives the species its evergreen character. Although some needles fall throughout the year, most needles fall during the autumn and winter of their second year.
Loblolly pine produces a large number of cones every year. The seed cones are green, ripening pale buff-brown and 3” to 6” in length. They are ¾” to 1 ¼” broad when closed but open to 1 ¾” to 2 ½” wide. Each scale bears a sharp spine. They remain on the trees for several seasons.

The bark is grayish-brown and furrowed with elongate, broad, irregular plates. Young twigs are reddish-brown and scaly. Buds at the ends of branches are much thinner than associated slash and longleaf pine.

The wood, which is marketed as southern yellow pine, is primarily used for pulp and paper but also for lumber and plywood. It may be sold interchangeably with shortleaf pine. This tree is commercially grown in extensive plantations.
Loblolly pine stands are important for numerous wildlife species. The trees provide habitat for many animals, including white-tailed deer, wild turkey, gray squirrels, rabbit, quail, and doves. Many songbirds feed on the seeds and help propagate the trees through seed dispersal. Red crossbills depend on loblolly pine seeds for up to 50% of their diet. Other birds that frequent the trees include pine warblers, Bachman's warblers, and brown-headed nuthatches. Osprey and bald eagles often nest in tall loblolly pines.

Two endangered species that also use these pines are fox squirrels, which eat the cones, and red-cockaded woodpeckers, who will sometimes nest in old growth trees. 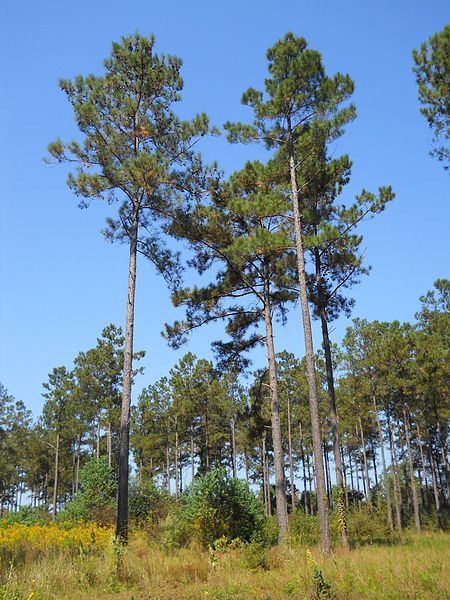 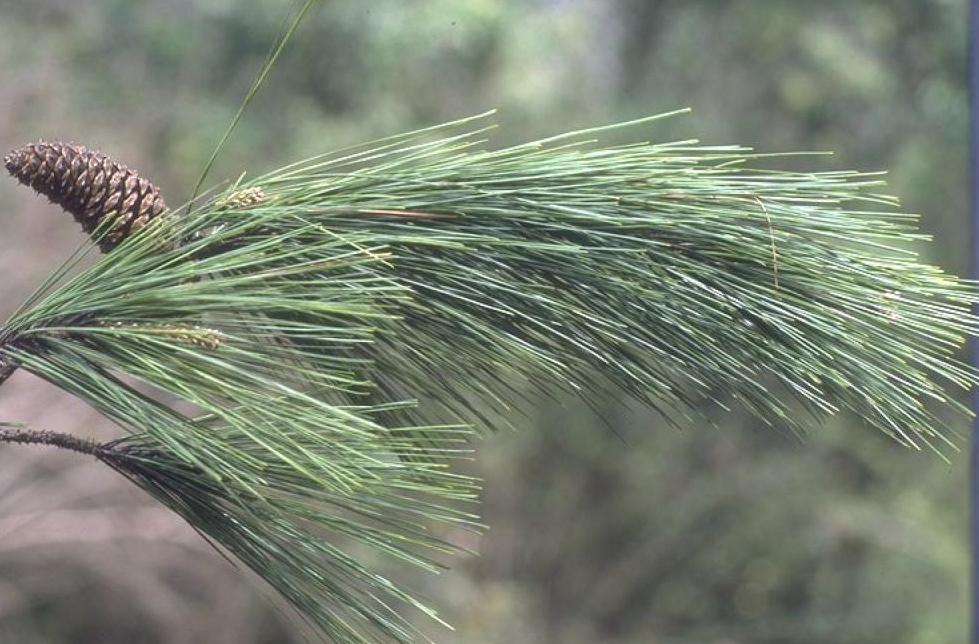 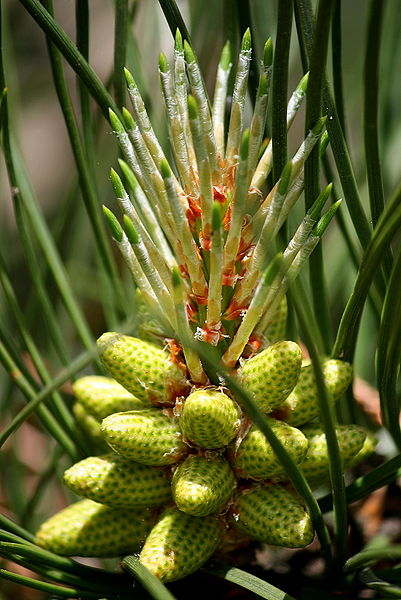 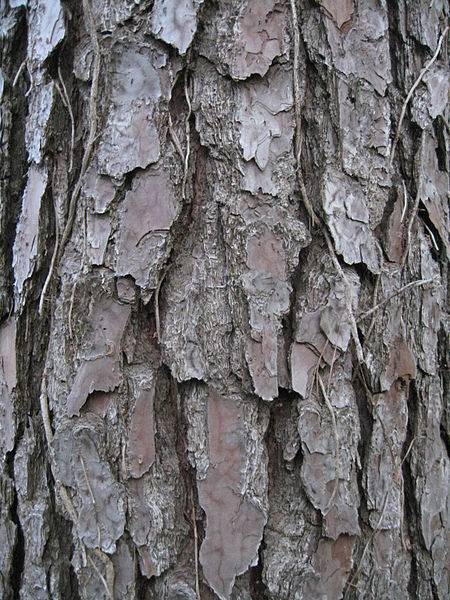 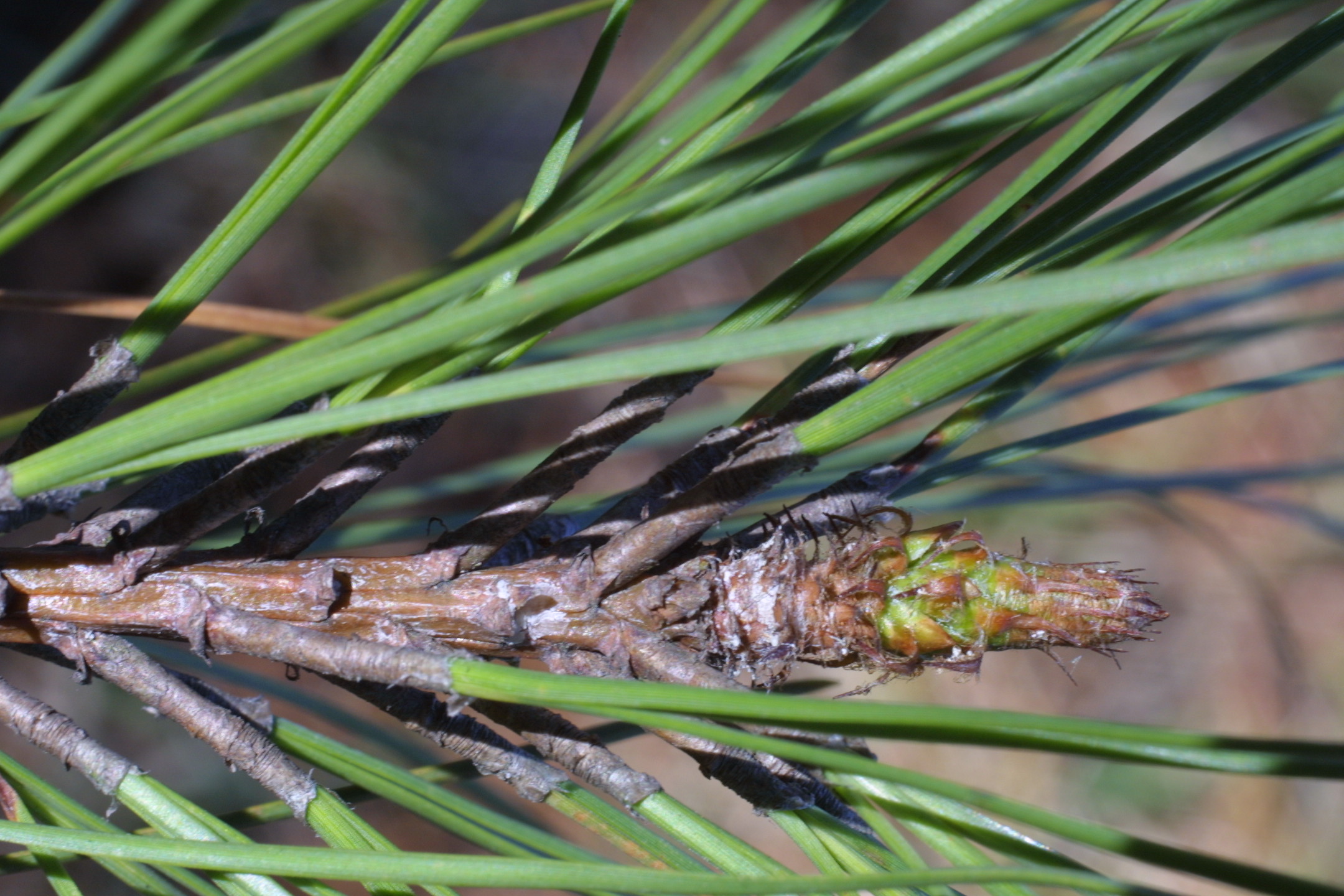 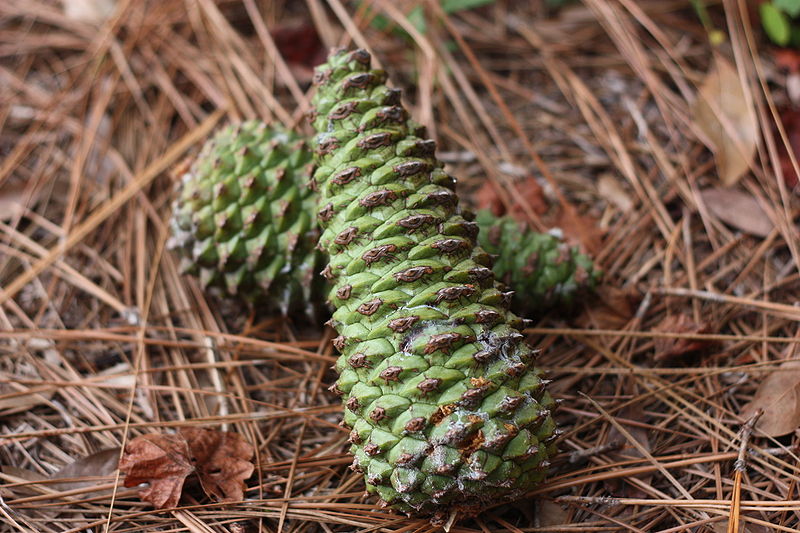 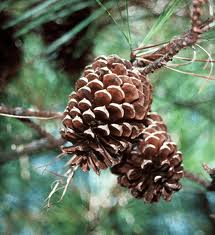