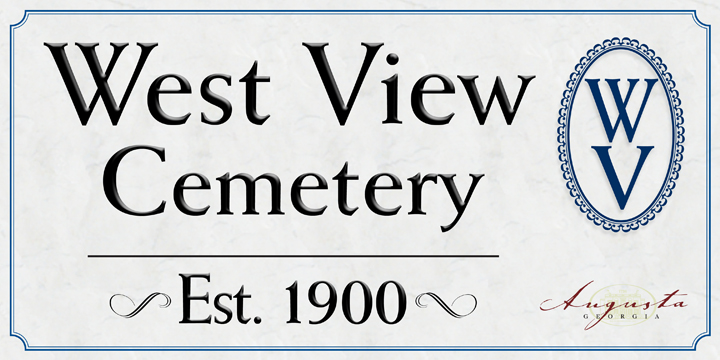 
West View Cemetery was established in 1900 to provide a burial place for the mill workers and their families that lived in the nearby area of Harrisburg.

The older cemetery, Rollersville or Harrisburg Cemetery off Hicks Street that was established in 1883 was about full in 1900, so the idea of construction another cemetery arose. West View Cemetery was established. The last burial in Rollersville was 1910. Some of the people interred there were moved to West View, the exact number is unknown. The first burial in West View was for 20 year old Willie Matthews on 9-19-1902 on Row 1 section 9, Letter (Lot) C in the northeast corner.

West View Cemetery consists of a veterans section with its own flagpole, a Chinese section, and a pauper section. West View was not named until the early 1930’s. Before then it was known as City Cemetery. To provide distinction and to keep down confusion from another city owned cemetery, Magnolia Cemetery which was also called City Cemetery, they aptly named each cemetery.