Welcome to the website of the State Court of Richmond County, Georgia. Each of us is appreciative of the opportunity to serve the Court and our Community. Please allow us to share the History of the Court with you. We Invite you to take a moment to read the following account of our past heritage. 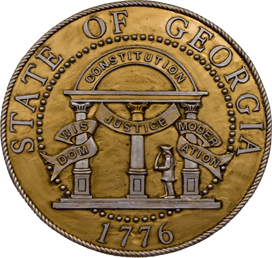 History of The State Court of Richmond County Georgia

The State Court of Richmond County has a long and interesting history and was created with the passage of Act 253, (House Bill 963), entitled “An Act to establish a City Court in the County of Richmond” passed by the Georgia Legislature and approved by The Honorable Alfred H. Colquitt, Governor of the State of Georgia, on September 22, 1881. The Act provided for the appointment of a judge and a solicitor with territorial jurisdiction over the whole of Richmond County concurrent with the jurisdiction of Superior Court “…to try and dispose of all civil cases of whatsoever nature above the jurisdiction of justices of the peace…” except cases involving divorce, cases concerning the title to land, and cases involving equity claims.

At one point House Bill 193, signed by then Governor Henry D. McDaniel on September 17, 1883, increased the duties of the Judge of City Court in various ways, and provided that he be ex-officio commissioner of roads and revenues with the original and exclusive jurisdiction of (1) directing and controlling all property of the county; (2) levying all county taxes; (3) establishing election districts; and (4) filling vacancies in county offices. The Judge, in his capacity as Commissioner, was to hold one session for county purposes on the first Tuesday of each month. Between September 17, 1883, and July 1, 1970, twenty pieces of legislation transformed the City Court in various ways, and on July 1, 1970, Act 1287, (House Bill 867), was approved changing the name of the Court to the State Court of Richmond County Georgia.

The jurisdiction, authority, and practice and procedure rules of all State Courts of Georgia, are now uniform and are set forth in the Official Code of Georgia Annotated Section 15-7-1 et seq. State Courts have jurisdiction concurrent with the Superior Courts over the following matters:

The mission of the State Court of Richmond County is to obey the Constitution and laws of the State of Georgia and the United States; to administer justice uniformly and impartially; and to discharge its duties with service, efficiency and innovation.